Archaeological evidence indicates the presence of human civilisation in Bhutan since the Stone Age, and available records date Bhutan’s early settlements as far back as the Rig Vedic era in India.

Guru Rinpoche or Padmasambhava (believed to be the ‘second Buddha’, with the ability to represent in eight different forms) is said to have visited Bhutan in the 8th century, a period which also saw the emergence of ruling clans and the flourishing of art and architecture. Religious sites established by Guru Rinpoche continue to be places of pilgrimage in Bhutan, including two of its most sacred monuments: Kurjey Lhakhang and Taktshang Lhakhang, or Tiger’s Nest monastery.

The arrival in 1616 of Shabdrung Ngawang Namgyel, the great leader of the Drukpa Kagyu School of Mahayana Buddhism, initiated a dynamic period in Bhutanese history. He is well known for constructing important dzongs (fortresses) and Buddhist monasteries around the country. The Shabdrung laid down many of Bhutan’s customs, traditions and ceremonies, forging a unique cultural identity.

Modern Bhutan and the path to democracy

Modern Bhutan is ruled by a hereditary monarchy established in 1907 with the birth of the Wangchuk Dynasty. Ugyen Wangchuk is the first hereditary King of Bhutan. The reigns of the first two kings were politically stable. The third king, Jigme Dorji Wangchuk, is fondly remembered as the Father of Modern Bhutan: he initiated planned development for the country, introduced dramatic changes and enhanced the Kingdom’s global role, making the country a member of the United Nations.

In 1972, Jigme Singye Wangchuk became the fourth king of Bhutan and the youngest monarch in the world. With a strong emphasis on preserving Bhutan’s rich religious and cultural heritage and steered by the objective of Gross National Happiness, this popular King did a first class job of guiding the country into the 21st century.

Jigme Khesar Namgyel Wangchuk is the current reigning Druk Gyalpo or Dragon King of Bhutan and the coronation of the fifth king took place in November 2008. This followed on from the introduction of parliamentary democracy in March 2008 by way of the first national elections to elect a government. 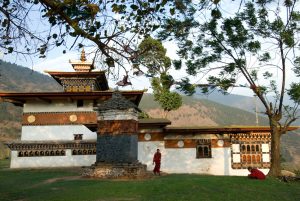 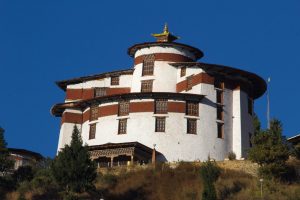 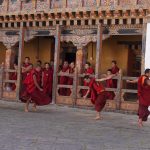